Love tokens: an extraordinary exhibition at The Foundling Museum

Records (i.e. archives in Dutch) are usually not very emotive subjects. Archivists being professionals themselves off course will think otherwise but to ordinary people records amount to nothing more than bundles of old paper.
The famous Dutch historian Johan Huizinga used to dwell on the subject of 'historical sensation', meaning a direct link with the past brought on by an encouter with something original. Records in more recent times have however lost their primacy in historical research. Other kinds of texts, for instance literary, old newspapers but also photographs, paintings etc. have caused a serious decline in the importance of archival research.
And with the onset of modern bureaucracy from the 19th century onwards, records have invariably also lost something exciting themselves. The sheer volume of official records produced by governmental departments almost inhibits any attempt at original research. Research into contemporary history is therefore definitively not something for the fainthearted.

In my first contribution in the English language I want to focus on the real emotions records can bring about. The Foundling Museum keeps one of the most extraordinary records I know of, at first sight consisting of nothing more than some old pieces of cloth bound to documents. 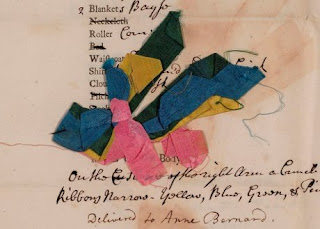 The hospital was founded in 1739 to take care of Londons growing multitude of abandoned children. The population of London expanded rapidly in the 18th century. Until its closure in 1958, some 27.000 children were taken care off.
In the cases of more than 4,000 babies left at the door between 1741 and 1760, a small object or token, usually a piece of fabric, was kept as an identifying record.
Mothers usually did not want to be identified as these children often were born out of wedlock. However, they had the right to collect their children in future if and when their personal circumstances had improved. These children were not orphans.
The pieces of fabric were attached in corresponding ledgers to documents concerning the registration of the children. 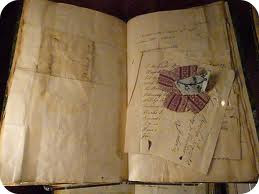 Until 6 March 2011 the Museum has a special exhibition on these unique records. Read more about it: 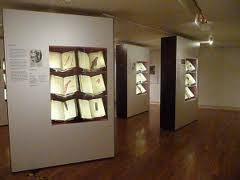 By coincidence these records now also form Britain's largest collection of everyday textiles from the 18th century. As well as pieces of fabric other so-called love tokens, ranging from simple buttons, shorn cards or clipped coins (producing matching halves) to pieces of precious metal made from gold or silver, were also left by way of identification.
Apparantly, so I have been told, the orphanage of Amsterdam has similar records (and maybe other orphanages as well?) although I have been unable to find examples of them on the internet.
If so, then why are these not given more prominence? Surely, this is one of the most moving archival stories ever told!